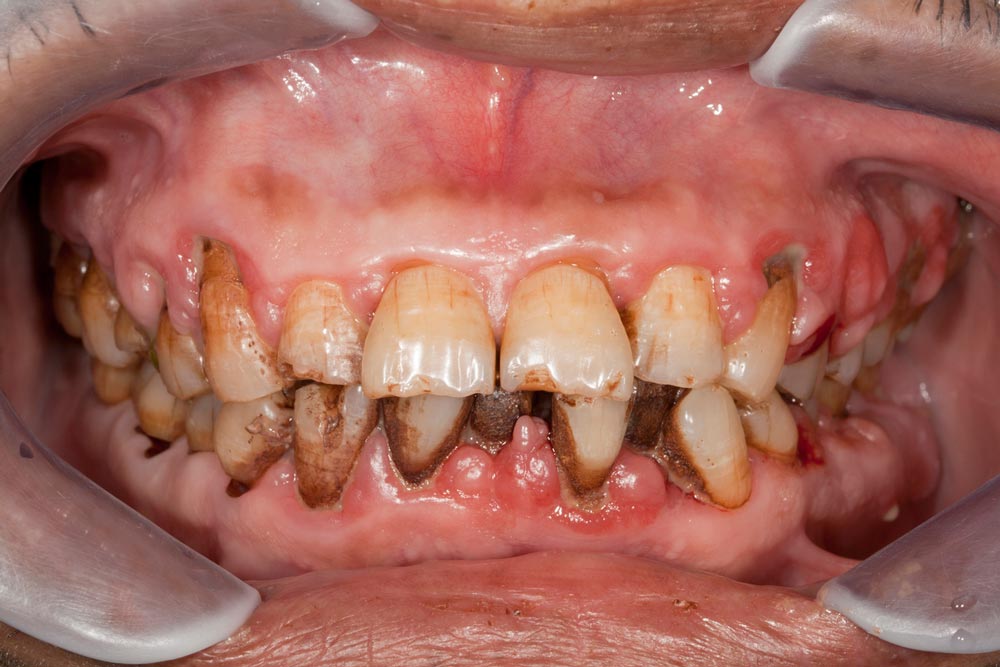 Oral health is closely linked with the health of the rest of your body. For example, did you know that an excess build-up of plaque in the mouth over an extended period of time not only can lead to tooth decay, but it could also lead to heart disease according to some of the recent news? It has even been linked with problems in pregnancy and also dementia! It is vital to understand the different problems, including disease that can occur in the mouth, including what causes them. The very beginning of most problems usually begins with plaque. This post will discuss plaque and tartar in further detail and provide some guidance on how to ensure you keep your mouth free from both.

Have you ever run your tongue along your teeth and felt that they are a little furry or bumpy? The thing that is making them feel that way is plaque. It’s a colorless layer of bacteria that forms on the outer layer of the teeth, clings to it, and leads to problems, including bad breath. It is like a film which covers each tooth, and is most frequent in the hard-to-reach areas in the spaces between the teeth, behind the back teeth, and along the gum line. If you have braces, a retainer or another dental product, you’ll find that plaque gathers around these even more than other areas. When viewed under a microscope, plaque looks like many tiny soft bristles on a flat brush—it’s very ugly. These bacteria release acids that decay the teeth little by little and cause irritation to the gums. The irritation leads to an inflammatory reaction which ultimately leads to gingivitis and gum disease.

Before any of this happens, though, plaque can simply cause cavities and tooth decay. Also concerning is that the plaque bacteria can cause gums to come away from the teeth, producing a pocket-like space—yet another area for plaque to accumulate! The bacteria actually use the sugars in the foods you eat, including the sugars from the “healthy” carbohydrates to produce and secrete the acids and toxins which, over time, could cause the cavities by disintegrating tooth enamel. They could even damage the nearby gum tissue—and this is all before it’s got to the point of tartar build up.

Why Is Plaque Harmful? 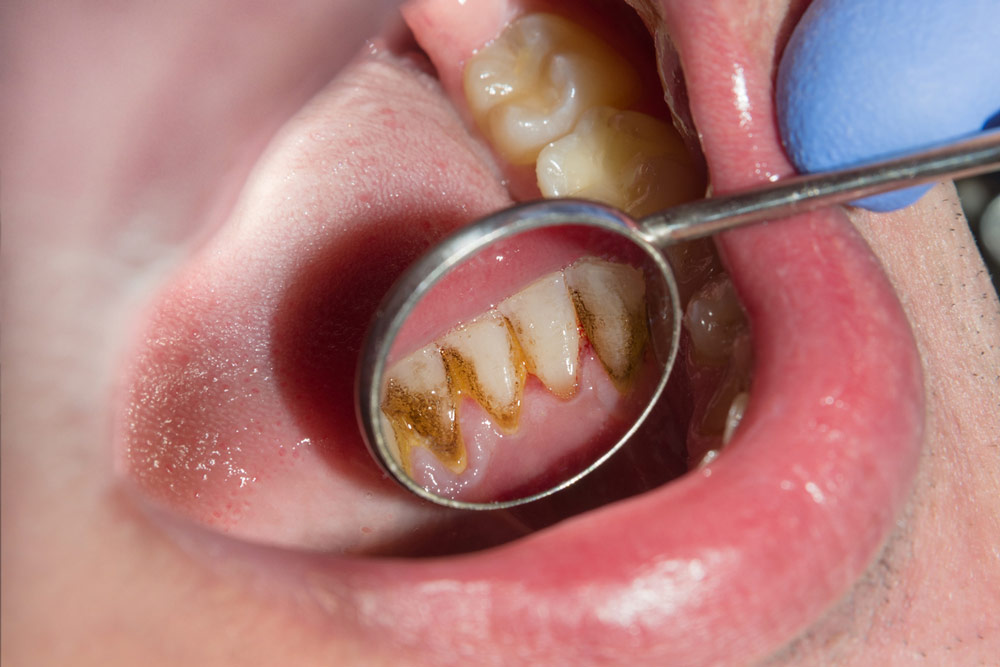 Apart from the above reasons, there are myriad reasons why plaque is so detrimental to dental health, including that it is one of the leading causes of periodontal disease (gum disease). As detailed above, if plaque is allowed to accumulate, the immune system is activated on a chronic basis, which means an unnecessary inflammatory response by the body—even if only on a small scale—24 hours a day. This long-term, ongoing inflammation is a significant contributor to premature aging and other forms of systemic disease. To put it simply, imagine for a moment that you were sick with the flu for ten years (apologies, that’s not a nice thought, but we need it to paint a picture).

When you have the flu, the body’s immune system is engaged and working hard the entire time, fighting the illness. That’s a lot of overuse. Now imagine if you have plaque buildup and tartar for many years… your immune system is going to be constantly engaged and fighting small-scale inflammation and wearing itself out so that when it comes time to fight the big, scary diseases, it’s going to really struggle.

If plaque is not cleaned away by brushing and flossing, it will build up, and then harden, essentially calcifying. At this stage, it is known as tartar (also called calculus). It not only affects the tooth enamel but below the gum line too. Unfortunately, tartar cannot be removed by brushing and flossing alone and can generally only be removed by a dental professional. The reason for this is that the tartar has, in reality, mineralized onto the teeth, and can, therefore, be almost impossible to remove without the right knowledge and tools of the trade. Many people think it’s acceptable to brush their teeth only once a day, but if plaque is left on the teeth, it can start to harden, which is the beginning of the tartar buildup. This can happen after a mere 26 hours. Yes, you read that correctly, it’s not a typo!

Tartar build up comes about at varying rates for different people, depending on many factors, including the rate at which we produce saliva, the anatomy of our mouth, our teeth, our diet, our brushing technique, and our dental care regime. Basically, there are many factors that are beyond our control, even when brushing and flossing as recommended.

Why Is Tartar a Concern? 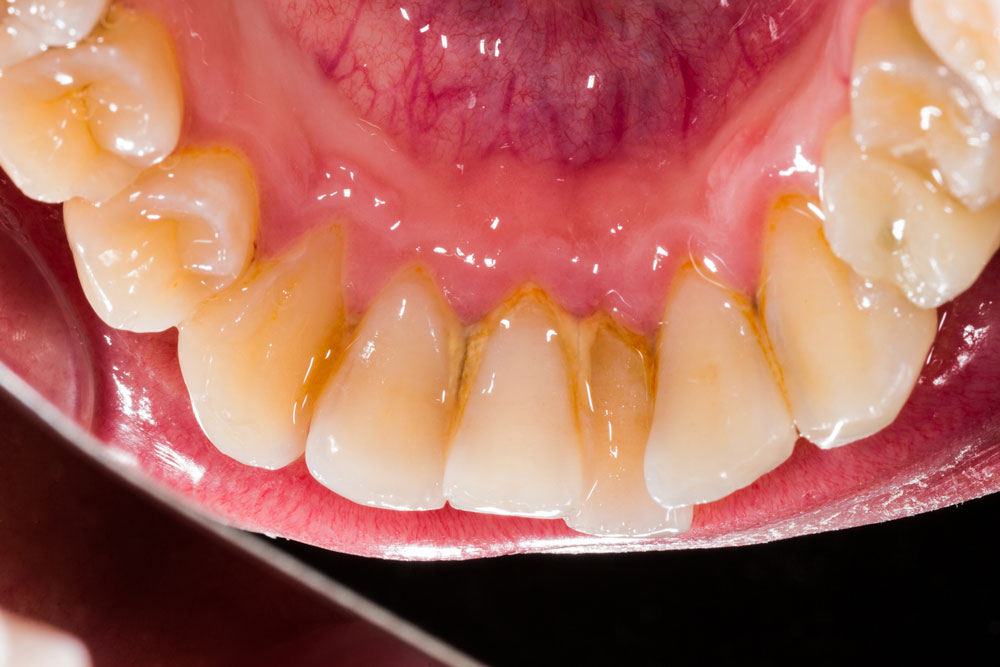 It is a fact of life that bacteria inhabit our mouths—in fact, over 300 different types of them—and there is only a very small percentage of this number that is less than desirable. They will normally live in the mouth without causing any trouble if we are brushing, flossing, and visiting our dentist and dental hygienist as suggested. However, many people don’t follow the guidelines, and then experience an excessive build-up of plaque, leading to tartar. Even more unfortunate is that some people who have this tartar buildup will not visit a dentist, either because they feel ashamed, don’t have the funds, don’t have the time, or for whatever other reason, and this could spell disaster.

Every single time you eat or drink something, the bacteria that forms with tartar accumulation are secreting acids that are damaging the teeth even further. Not only is this causing cavities, inflammation of the gums, possible infection, and tooth decay, but even tooth loss.

We hope that this has been an eye-opening post, shedding light on the difference between plaque and tartar, but also how harmful they both can be. To keep these evils at bay, it is important to follow the dental health care routine of brushing twice a day (because plaque can begin to harden and turn into tartar build up in a little over 24 hours), flossing once a day, and seeing your dentist for regular professional cleanings and check-ups.