What are Dental Caries?

Known as tooth decay, Caries is a tooth infection that can ultimately lead to a loss of the hard tissues in your teeth. 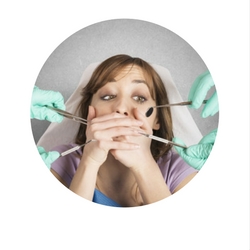 Bacteria on the surface of the teeth can turn existing sugars into dangerous acids, and these acids take away valuable minerals from the hard tissues of your teeth. The sticky layer that is formed helps protect the bacteria from being hastily removed by your body’s immunity working overtime.

For children, dental caries are commonly known as bottle rot, and the appropriate treatment is filling the space with materials such as porcelain or gold. In some cases of caries, a root canal is needed: there is actually death in your tooth that occurs from infection by bacteria, and it can become quite a dangerous condition.

Having a professional cleaning done a few times a year or in an emergency you could go to a walk in dentist, and brushing and flossing regularly can help prevent dental caries. Just by brushing, it removes plaque and other harmful bacteria, and so brushing is more a weapon for this condition than it is for periodontal disease, when the situation is already beyond serious.

Is there really a link between lack of Vitamin D and Dental Caries?

As far as the health of the human body is concerned, enamel is the most mineralized substance in the body, and it is contrived of phosphate and calcium. One of the reasons that Vitamin D is so important to have a healthy intake of is for increasing the rate that calcium and phosphate is absorbed, which it does from the food we eat daily.

There are receptors found on cells in your immune system that thrive on Vitamin D, because when it binds to these receptors, it increases the amount of proteins in the body that contain good antimicrobial properties. The cells in the teeth that form dentin and enamel contain vitamin D receptors, and so having a good level of intake helps with healthy function and prevention of caries.

What does the most recent research have to say? 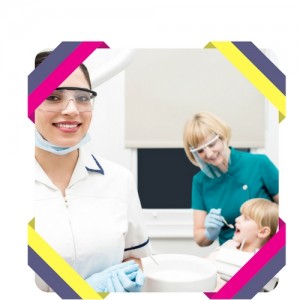 One study published in 2014 took a close look at the levels of Vitamin D in pregnant Canadian women, and the topic of whether or not their children developed symptoms of caries during their first year of life. The majority of the findings dictated that the mothers of children who developed caries definitely had lower vitamin D levels compared to those without.

Children who had dental caries had a higher frequency of them if their mothers had low vitamin D levels during pregnancy. In a study that was done during 2013 in the United States, UV therapy and vitamin D supplementation was looked at in regards to their power to fight dental caries.

Other key findings about Caries

Other important points learned from this research are also relevant to the seasons: in late winter and early spring, dental caries are more common, when vitamin D levels everywhere are at an all-time low. Also, mothers with very low vitamin D levels are more likely to give birth to children who develop dental caries, and supplements are recommended during pregnancy.

More experiments are absolutely still needed to know exactly how sure it is that vitamin D is entirely effective in treating dental caries. It may be a supplement, or getting just the right amount of sun exposure that can be of great benefit. Once a patient has dental caries, it is still greatly unknown whether or not taking vitamin D will help bring their levels down, but it is commonly thought that it is a good antidote for this condition.

As far as time spent out in the sun, many may overdo it and spend an hour or so without sunscreen, which is not recommended! Even just under 20 minutes outside will give you the recommended dosage for Vitamin D for the day.

Relate Posts to Read:
Black Spot on Tooth: An Explanation with Treatment Options