We all want healthy gums and when we think of poor dental health, we usually imagine a discolored or rotting tooth and gums. It’s true: your teeth are the primary factor in dental health, but almost as important is the health of your gums. And, unfortunately, gum care and health are often neglected. In some cases, care of the gum tissue is neglected to the point that gum disease turns your gums black.

When you fail to take care of gum health, you develop periodontal or gum disease, which is also known as gingivitis. Some people are more prone to it than others, which is often based on heredity. For instance, if your parents had problems with their gum health, you’ll have to take extra precautions to keep your gums healthy and pink. But, even if gingivitis doesn’t run in your family, it’s still important to care for your gums.

One of the things that confuses people about black gums is that it usually doesn’t hurt. If a tooth gets infected or a cavity is bad enough, you’ll know it. You’ll have a toothache and things will be pretty uncomfortable until you take care of the problem.

When it comes to gums, it’s possible to have a very serious infection without experiencing any pain in the gum tissue. Even if your gum diseases cause your gums to bleed when brushing your teeth, you’ll still experience very little if any pain. 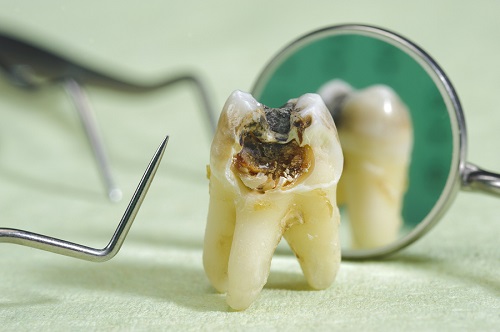 What can happen when you have black gums or black spots is you’ll feel uncomfortable about showing off your smile. As a matter of fact, appearance and self-esteem issues are often what drive people to treat their black gums. They decide they’ve had enough with not liking their smile and they visit a dentist to find out what they can do. Many are even surprised to learn that it’s a health and hygiene problem because their main concern was their appearance.

“The vast majority of black gums are present simply as ethnic pigmentation–prominent in African Americans and people of Asian descent. But there are other issues that can cause black gums, as well.”

Is Gum Health the Only Cause of Black Gums?

More often than not, gum discoloration is driven by the health of the gums, but this is not always the case. For instance, if you experience an injury that damages a tooth the gums can grow dark. It’s also possible for an increase in melanin to cause an imbalance in the pigmentation of the gums, making them look gray or black. This is often the case for people with Addison’s disease, Peutz-Jeghers syndrome, or Von Recklinghausen’s disease.

And, if you had a problem with a tooth that’s not corrected, it’s possible the gum in the area will never return completely normal. 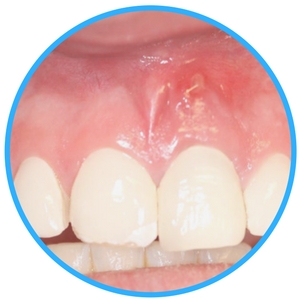 Other reasons gums might have a darkened appearance or black spots could be smoking, certain medications including some anti-depressants, and if metal fillings and crowns are used to treat cavities in the teeth.

Can Black Gums Be Fixed?

It is possible for your dentist to help you restore normal color to your gums. How this is done depends on why the gums are discolored, so you’ll need to consult with your dentist and undergo a thorough examination. 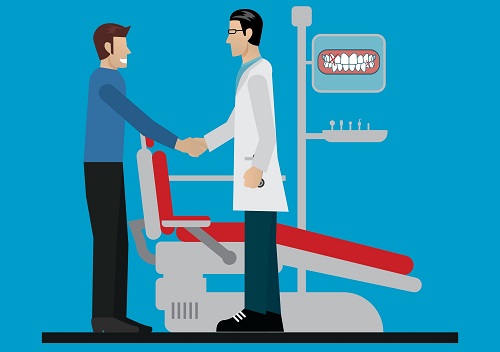 If the problem is mainly cosmetic and/or whatever is causing the problem is under control, it’s possible to repair your gums. Dentists can perform surgery to remove the top discolored layer of your gums, revealing the healthy, pink layer beneath. This might not completely restore the original color of your gums, but it will certainly make your smile look healthier.

It’s also possible to bleach your gums, much as you do when your teeth are stained. Bleaching is simple and pain-free and the only side effect some experience is heightened sensitivity. This is an especially popular treatment for those who have black gums because of a melanin imbalance. Bleaching can be done at home, but it’s better to have the procedure performed by your dentist. You’ll get better results and avoid any problems you might have if you try to do it yourself.

What If Black Gums are Caused by Periodontal Disease?

If your dark gums are caused by gum disease, you’ll want to treat the disease either before or while you’re correcting the color of your gums. It’s possible to restore the color, but if you don’t treat the underlying problem, you’re asking for more trouble and you’ll likely end up with black gums again anyway. 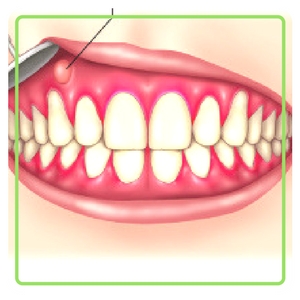 Gums become black and discolored because the tissue in the area is necrotizing, which means it’s dying. In addition to black gums, you’ll also experience bleeding, some sensitivity or pain, and foul-smelling breath if you’re suffering from necrotizing periodontal disease.

Your dental health affects your gum health, but there are also some other things that are less under your control that can trigger necrotizing periodontal disease. For instance, HIV patients often deal with a bevy of oral health issues, including necrotizing periodontal disease. It’s important the problem be dealt with because, if it’s ignored, the disease can spread to the bones around the teeth, eventually leading to tooth loss.

What you eat also affects your gum health. If you are struggling to eat healthily and you choose unhealthy foods over healthy ones, there’s a good chance your teeth and gums will show the evidence. Dentists are usually able to tell a lot about a patient’s overall health just by their dental health. Smoking also contributes to gum health and can lead to a bout of necrotizing periodontal disease.

Necrotizing gum disease, as scary as it sounds, is treatable. However, it’s an ongoing battle and once you’ve developed problems with your gums, you’ll need to be especially careful with your oral health. Activing necrotizing periodontal disease can be treated with antibiotics or with surgery to remove the damaged tissue. Some dentists also use oxygen therapy to reduce the damage caused by the bacteria present when you have gum disease.

If you’re uncomfortable with your smile because your gums are black or you are concerned about your dental health because of gum discoloration or for any other reason, it’s important to schedule a visit with your dentist. They can evaluate the health of your gums and help you determine the best way to get your mouth as healthy as possible.