If you’ve ever looked in the mirror and thought your teeth looked longer or bigger than they did a few years ago, you aren’t alone. It happens because if you don’t take care of your oral health your gums will recede, revealing more of the tooth’s surface. Gums can also recede for reasons beyond your control, such as your genetics or the alignment of your teeth.

If you’re worried about receding gums and need a top local dentist, we can help call the number at the top of the page or search for dentists here.

Unfortunately, gums can have a major impact on how your smile looks. When your gums recede, you might start to feel uncomfortable or self-conscious about how you look when you smile. You might not even want to smile!

The good news is, like many dental issues, there are things you can do to improve the problem. Your gums won’t “grow” back, no matter what you do. As a matter of fact, this is a myth. Receding gums are likely to be caused by a periodontal disease, or gum disease to you and I, and the receding gum tissue doesn’t grow back by itself, just like bad breath doesn’t just go away. However, through proper oral hygiene to reduce the risk of bacterial infection, there are things you and your dentist can do to prevent the recession from getting worse and improve how things look now, even though some damage has been done.

“What many people don’t realize is that tooth brushing can actually exacerbate gum recession if done improperly. Brushing too often, too hard, with the wrong technique, or with the wrong toothbrush are all contributors to gum recession. Proper brushing is imperative to preventing receding gums.”

What Does It Mean to Have Receding Gums?

First, it’s important to understand why you have gums. Gums are designed to protect your teeth and connect the teeth to the bone. They are also in place to protect the insides of your cheeks.

When your gums recede, it leaves teeth at risk because the roots are exposed putting teeth at greater risk of decay and eventually, tooth loss.

A variety of factors can increase your risk for receding gums, including brushing too hard, smoking, or grinding your teeth. It’s also possible to inherit a problem with gum recession from your parents.

What Can You Do to Treat Receding Gums?

There are many home-made remedies out there that people believe work. There are many old wives tales about using essential oils will help the gums grow back. However, the likes of clove oil, Aloe Vera, sesame oil, coconut oil, lemon oil and olive oil may help a little with any pain on the soft tissue, they don’t really work in the long term. Still, even though gums don’t grow back once they’ve receded, there are things you can do to treat the problem and, at the very least, prevent it from getting worse. 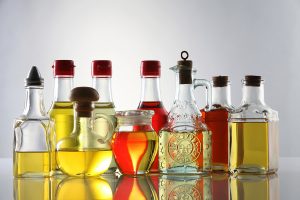 Everybody is different, so before you choose a treatment plan, your dentist will assess the problem, diagnose what’s causing the recession, and work with you to create a treatment and prevention plan. The most important thing you’ll need to consider when choosing a treatment is how advanced the recession is and whether you’re also suffering from other symptoms of gum disease.

In severe cases, you might need to consider something known as a gum graft. Grafts make it possible to replace the tissue that has been lost. It’s a surgical procedure that involves tissue extraction from one area and putting it where the gum recession has occurred. As part of the preparation for a gum graft, you’ll likely undergo a deep cleaning to remove debris and bacteria to ensure the graft is as successful as possible. 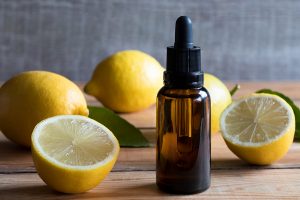 Tissue extraction is a popular form of treatment though there is another surgical option called the pinhole technique. This involves manipulating gum tissue and moving it over the exposed roots. Recent studies have shown this to be an extremely successful option for restoring gums after they’ve receded.

In addition to correcting the problem, you’ll also want to find ways to prevent further recession. In some cases, this will be enough and you won’t need to undergo gum surgery. If gum recession isn’t that bad, simply stopping it from getting worse might be sufficient. 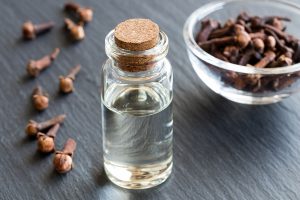 How can you reduce the risk of gums receding further?

It all depends on what’s causing the recession.

Good oral hygiene is essential. However, if brushing too hard led to recession, you’ll want to switch to a soft bristled brush and learn to brush effectively without as much force. It might also be a good idea to switch to a spin or battery-operated toothbrush. These brushes allow you to get a thorough cleaning without exerting any force. You simply hold the brush in place over each tooth and the motion of the spin brush does the work for you. 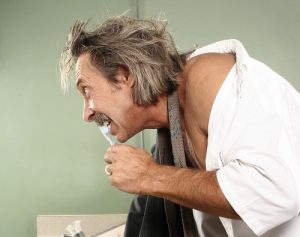 In general, brushing and flossing on a daily basis might be enough to prevent further recession from happening. It’s a good idea to brush at least twice a day, but ideally, you’ll brush after every meal. And flossing should be done one time per day, preferably at night so any debris is removed before you go to bed.

If crooked teeth or other issues with the alignment of your smile have caused your gums to recede, you’ll want to correct that problem. In addition to braces—which many adults have little to no interest having installed—you can also explore dental alignment trays such as Invisalign. Over time, these trays help you align your teeth and prevent the various problems that come with misalignment while also making your smile more appealing.

Lifestyle and habits can also affect receding gums. If you’re smoking or using chewing tobacco, you’ll want to break the habit because both increase your risk for receding gums. Not to mention the effect tobacco has on your dental health and your overall health.

Speaking to Your Dentist about Receding Gums

It’s important to realize that, even though your gums won’t grow back, you shouldn’t just accept that your gums have receded and that you’ll need to live with the problem. There are things you can do to improve the situation and prevent it from getting worse. 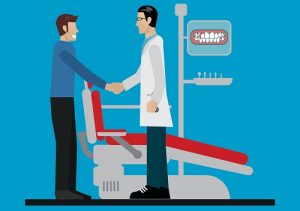 And, even though receding gums might seem as if it’s purely a cosmetic problem, it’s not. The worse the recession gets the unhealthier your teeth get. The last thing you want is for the roots of your teeth to be exposed because it puts your dental health at such a great risk. The more you can do to care for the health of your gums the better. This is just as important as the overall health of your teeth.

As embarrassing as it might be talking about what you don’t like about your smile, there is no time like the present to discuss receding gums with your dentist. There are things you can do to stop the progress of receding gums, and more drastic measures you might be able to take to correct the problem. Everyone is different and with the help of your dentist, you can assess the problem, determine the cause, and find a way to improve your smile.