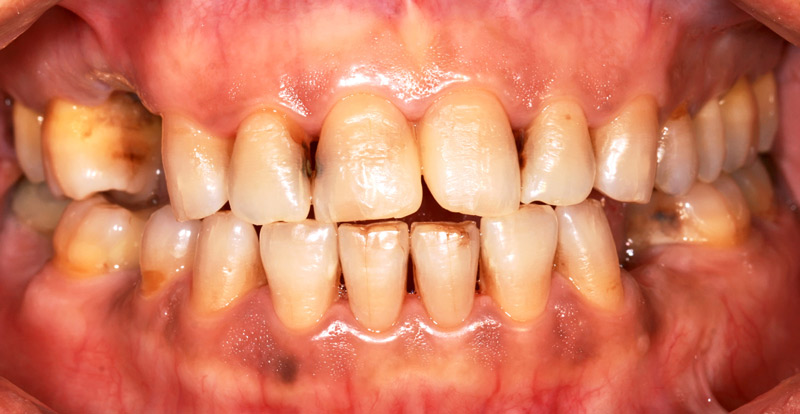 As we are all aware, smoking can cause a large number of health concerns that affect not only the organs but also the mouth and teeth. Having healthy gums is much better for the health of the teeth but once the condition of the gums deteriorates so does the state of the teeth. There are several types of gum disease and, in this post, we are taking a closer look at dip gum disease to provide a better understanding of the effects that tobacco can have on your oral health.

Dip, or dipping tobacco, is a common name for smokeless tobacco that is placed directly on the gums and is produced by many tobacco companies. Tobacco users often refer to it as snuff or chewing tobacco and are mainly popular among older generations and throughout the Scandinavian countries. It was initially thought of as harmless because the tobacco is smokeless and people assumed that simply chewing it wouldn’t cause any problems. Dip is used by taking a pinch of tobacco and pushing it in the mouth between the cheek and the gum. Snuff or chewing tobacco also comes in small pouches that resemble teabags which are a much cleaner option as the tobacco is contained rather than loose.

Why Is Dip Bad for Your Gums?

If you have ever known anyone that uses snuff or dip, then you may notice that they tend to spit a lot when chewing it. That is because holding the tobacco in their mouths for extended periods of time results in a higher production of saliva. For those who have read our other blog posts, you may remember that increased production of saliva helps to wash away the harmful bacteria in the mouth. But, in this case, dip is often left pressing directly on the gum for a lengthy amount of time—sometimes for half an hour or longer. With the tobacco coming into direct contact with the gum and sometimes the teeth, residue from the tobacco is left behind. Even if the person is spitting a lot, the area where the tobacco is located will be creating and spreading harmful bacteria. Some people also report a slight burning sensation on the gums when using dip which, of course, is an indication that it is causing damage.

Just like smoking tobacco,dip can put you at a much higher risk of developing health problems, such as receding gums and there are even cancer-causing agents in dip tobacco. Here are some of the conditions that can arise when regularly using dip.

1. Inflammation
When dip is left touching the gum for long periods of time, the gums can become very irritated. This will result in swelling and inflamed areas which also promotes periodontists. 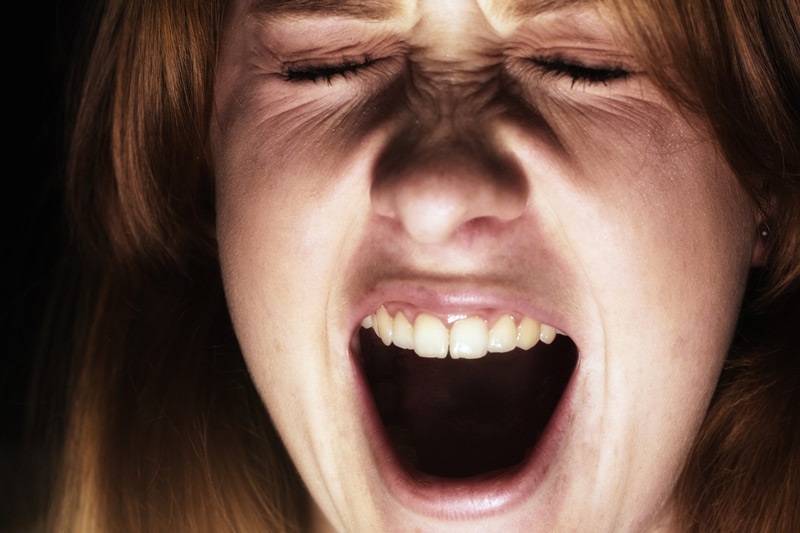 Not all tobacco is smooth, and when it is kept in a tin or in breathable pouches, it tends to dry out a bit more. This will change the texture of the tobacco from being very soft to hardened and rough. Chewing tobacco when the composition is rough can interfere with the enamel of the teeth. The grit-like particles would perform a kind of exfoliation on the teeth surface when chewing tobacco. Gums will become very irritated by this, and the protective layer of enamel on the teeth can be worn away leaving them more susceptible to plaque and sensitivity.

3. Cancer
As with any tobacco type product,dip can also lead to cancer. What was once thought of as a myth, is now one of the most significant risks associated with tobacco products. It’s not a case of only applying to smoking tobacco as cancer can form from the usage of dip as well.

4. A Spike in Oral Acids
Unknown to most, certain chewing tobacco includes the use of sugar to slightly alter the taste. When sugar enters the mouth, some types of bacteria can convert it into acids that are very dangerous for the teeth. When the mouth holds acids for a long period of time, the teeth begin to erode and sensitivity will begin. From that point, you’d be looking at gum disease.

With high amounts of harmful bacteria present in the mouth when using dip, gum disease is almost a given. The bacteria almost always start attacking the gums which can cause air pockets between the tooth and the gum creating a perfect place for bacteria to multiply with a lower risk of being picked up and washed away by toothpaste or saliva. Air pockets caused by untreated dip gum disease often deepens where it will eventually reach the root of the tooth. Damage caused to the root by dip gum disease might mean that intricate dental work is needed in order to prevent and correct the damage that has been done.

The first indication of gum disease is usually inflamed gums and bleeding gums when brushing the teeth. Dip has a tendency to discolor teeth, and if gum disease has developed, it could also cause the gums to recede. Tooth decay is usually an effect of gum disease and if it goes untreated periodontit is may form. Periodontitis is one of the more severe types of gum disease which can cause tooth loss as well as bone loss. Some cases of gum disease develop mouth sores that are extremely painful and can leak puss into the mouth. If that’s not enough to put you off, then nothing will.

With all the damage caused by dip to the teeth and gums aside, tobacco always results in bad breath, whether smoked or not. Of course, the best way to avoid all of the issues related to using dip is to stop but, understandably, that is harder said than done. For those who are struggling to break the habit but want to, it is worth visiting the dentist and explaining the situation. It could be that you are dependent on the nicotine that is contained in dip and, if this is the case, a dentist could be able to offer an alternative to help you give up. The same applies to tobacco smokers. If you really want to quit, then you will—but it most likely won’t be an easy process.

Relate Posts to Read:
What Are the Oral Cancer Stages?