Gum discoloration is common, but there are some issues you should watch out for more closely than others. For instance, like with slightly swollen gums, if you notice your gums are a bit redder than usual one day, it could just be irritation from a canker sore, something you ate, or over brushing. As long as the color fades back to pink within a day or so, it’s likely nothing worth worrying over.

This is not the case with white gums. If you notice your gums are white, it’s important to speak to your dentist as soon as possible. White gums can be an indication of a minor gum infection, but they can also mean there’s a more serious periodontal disease or even gum cancer that needs immediate treatment.

White gums, sometimes called leukoplakia, like many gum discoloration issues, are often associated with gingivitis. This is the clinical name for gum disease. It’s also possible your gums will develop white patches if you smoke or use chewing tobacco, or if you have an oral yeast infection. White patches also develop for people who have a weakened or compromised immune system. Also, keep in mind that white patches might not be on just the gums—if you notice white patches on your tongue or cheeks it could be caused by the same issue causing your gum discoloration.

“You really don’t know what’s causing discoloration in your gums until you have an evaluation by a dentist. You can never go wrong by getting any changes in your mouth checked, especially if they persist beyond two weeks.”

What is an Oral Yeast Infection?

Yeast can develop in the body and cause infections. Candida albicans is yeast found in the mouth and, in most cases, it isn’t problematic. However, if the yeast experiences overgrowth it can cause white spots or lesions to develop on the gums, cheeks, tongue, and at the back of the throat. It’s also possible for an oral yeast infection to move to other parts of the body and in rare instances, it can be fatal if it’s left untreated.

Antibiotics can be used to cure the infection. The important thing to remember about oral yeast infections is that they aren’t a major problem unless you allow them to turn into one.

Doctors and other health professionals often refer to white spots on the gums as leukoplakia. The white spots that develop with leukoplakia are usually tougher or thicker than the regular gum tissue. It’s impossible to rub them off once they’ve formed.

Nobody is sure what exactly causes leukoplakia, but there seems to be a link between the condition and smoking or using chewing tobacco. There is also evidence that people who abuse alcohol tend to develop leukoplakia at a higher rate than those who don’t drink or only drink occasionally.

In most cases, leukoplakia is benign. Your dentist or doctor will still want to conduct a full evaluation, which in some cases will include a biopsy of tissue from the white patch. It’s also possible the white patch could be an indication of dysplasia which is a precancerous condition. It can range from mild to severe, with the most severe cases likely developing into cancer eventually.

Keep in mind, the earlier you identify a problem the better. Many forms of cancer can be treated if caught early enough, so it’s better to speak to a doctor sooner rather than later if you notice you’ve developed white gums, white patches in your mouth, or anything else that seems unusual.

How Can I Prevent White Gums?

The good news is that, in many cases, there are things you can do to prevent your gums from developing white patches. The first thing is easy and you should be doing it two to three times per day regardless of your oral health concerns. It’s brushing your teeth. Nothing does more to prevent oral health problems than brushing on a regular basis. 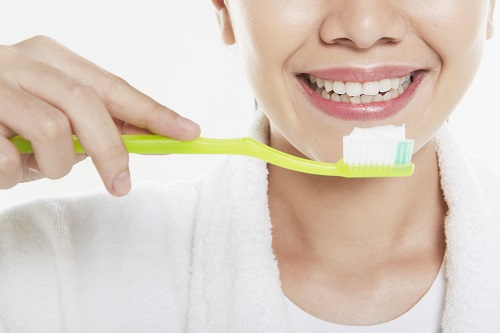 It’s also important to make sure you are brushing your teeth properly. Obviously, something is better than nothing, but if you want to make the most of the effort you put into brushing, you’ll want to master the proper technique. Use small circular motions and hold your brush at a 45-degree angle pointing to the gum line. This helps brush away buildup that can eventually cause problems. 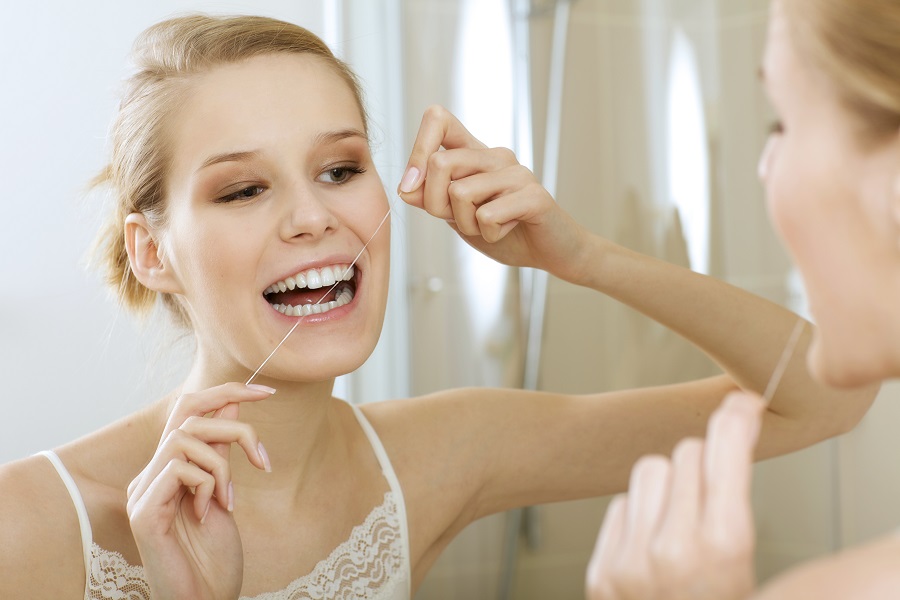 In addition to brushing, you’ll also want to be flossing. For one reason or another, this one is tougher for people to work into their routines. You don’t need to floss after every meal, and most people find that if they include flossing in their morning or bedtime routines it’s enough to keep problems at bay. Not only does flossing help you maintain good dental health, it’s good for your overall health as well. 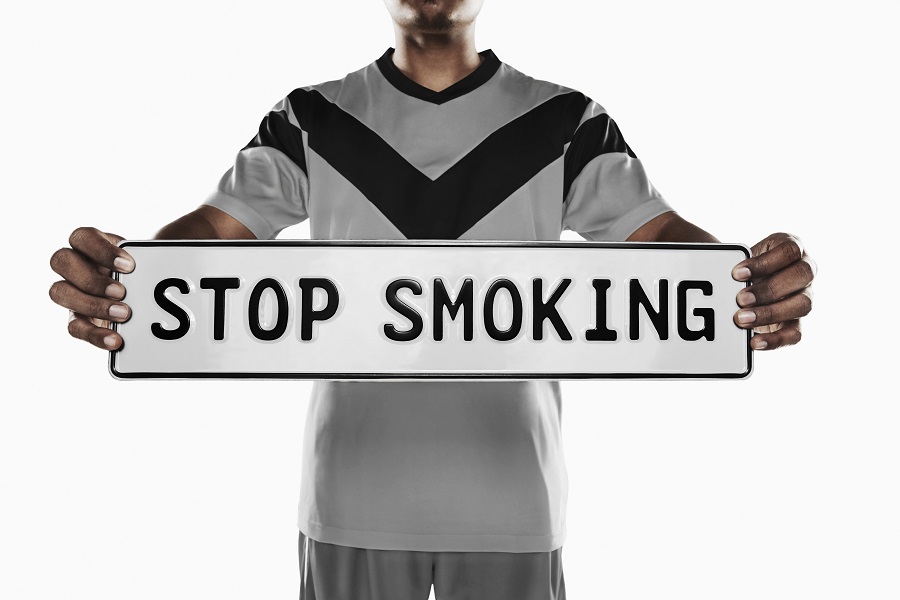 Another important step you can take to prevent white gums is to stop smoking or using chewing tobacco. For most quitting is easier said than done. Tobacco products are addictive, both physically and emotionally. If you’ve never considered quitting or you’ve tried and failed, it might be time to speak to your doctor about the tools available to help you break the smoking or chewing habit. 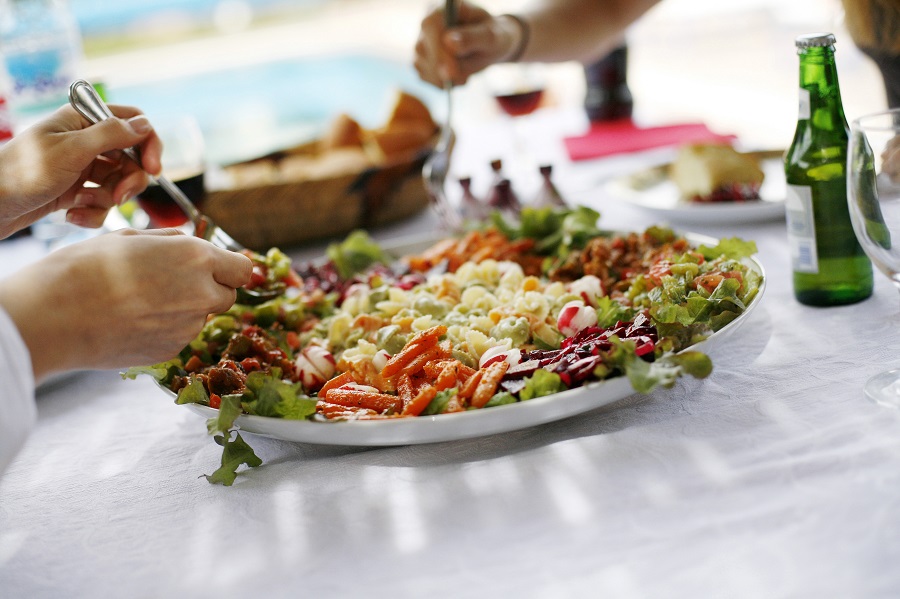 Finally, you’ll want to improve your diet. This means eliminating sugary drinks and food and opting for healthy foods that will improve your oral health. Essentially, before “bad” food makes it into your body (and onto your hips!) it must pass through your mouth. And while your focus might be on calories, the unhealthy food is doing plenty of other damage before it even makes it into your digestive system.

Likewise, if you find you must drink sugary beverages on occasion, use a straw so they don’t touch your teeth as they pass through your mouth.

Do I Need to See My Dentist Because of White Gums?

The simplest answer is yes. And that goes for any health concern you have. It’s better to speak to a dentist or your doctor about the problem than to worry endlessly about it. You’ll either learn the problem isn’t really a problem at all or that the problem is mild enough to treat quickly and easily. And, if something is serious, the earlier you catch it the better you’ll be able to treat it successfully.

Since white gums can be a sign of a serious problem, it’s a good idea to schedule an appointment with your dentist as soon as possible.

Relate Posts to Read:
Best Mouthwash for Gum Disease and How It Works

Black Gums: Everything You Need to Know