Whether you need it to wake up first thing in the morning, or enjoy a cup of coffee with dessert, caffeine has long been a social staple of our society. There are some that only want a special coffee as a treat: that whipped caramel or pumpkin spice latte sounds pretty good when you have just completed a tough task at work, or met another deadline in your life that deserves reward.

It’s not just coffee that people love: energy drinks and soda are also some of the other sources of this element that can do a great job of keeping you alert. We know that caffeine is addictive, but some people jokingly aren’t too worried about that, as in many ways, being addicted is more than likely not as chronic as a toxin such as alcohol. 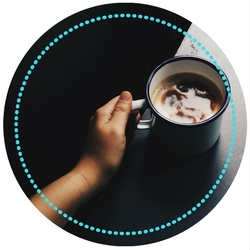 Coffee even has a very positive effect on pain, and has been used to ease inflammatory issues such as tennis elbow, and other muscle cramps. Many over the counter pain relievers include caffeine, because it makes the pain medicine act quicker, for times when you need relief very quickly.

But what are the effects that caffeine has on your dental health? We know that too much of it can provide sleeplessness, increased heart rate, and sometimes make one prone to irritability. Even if it is just one serving a day, we wanted to take a closer look at the pros and cons of what it does to the vitality of your teeth. 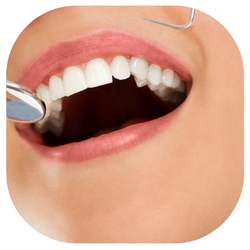 The enamel on your teeth is their main defense when it comes to keeping them healthy, and protecting the teeth from being damaged over time. Just as tannins in wine can affect your enamel, caffeine can slowly wear away at this valuable protection. Some teas such as the green variety are quite a bit easier on the enamel, but the darker blends may really be a culprit in long-term staining.

If you know anyone that is a fan of soda, it’s true that they tend to sip on the drink all day: if you prefer soda as your favorite stimulant, it is best to use a straw, and try as hard as you can to finish the drink in one sitting. Regardless of all the debate that has been raised regarding aspartame, there are plenty of other negatives about diet soda. The sweeteners are another way in which there is an attack on your teeth: you want to minimize intake of them as much as possible.

Aside from stress and a general inability to sleep well, if you are one who consumes caffeine before bedtime, it can cause you to clench your jaw during the hours that you sleep. Trying to avoid caffeine at least 4 hours before bedtime will help drastically with this problem. There are devices that can help prevent this clenching as well, but avoiding the drinks will be your main help with this.

When you have caffeine during the day, it still does this as well, but the effects are not as noticeable, because you are not in the position of laying down. There are also medications such as decongestants that can make the teeth clench quite a bit, and when you know that you are facing a cold, it can be in your favor to take them earlier in the day. 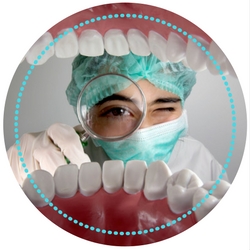 Even though some have been told over and over again to reduce the amount of coffee they drink, we recognize that this is most definitely a hard part: Just like nicotine, it is not easy to just immediately wean off of. Right after you drink coffee, rinsing your mouth with water is one of the easiest and quickest things you can do to help.

Once stains have taken their toll, there are many whitening treatments that some feel are very helpful. If you put turmeric spice on your toothbrush, it can provide some natural whitening that is very noticeable right away, and add an extra shine where the caffeine has put a bit of a dent in things cosmetically. 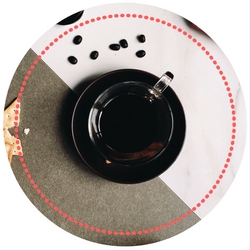 There is important research compiled at Boston University that has shown some interesting findings about what some in the dental field may consider the “detrimental bean”. They studied 1,000 men over a span of 30 years, and found that those who drank one or more cups of coffee a day each had fewer teeth in their mouths suffering from bone loss.

They also determined that bleeding of the gums or the creation of bacteria-collecting pockets around the teeth were NOT formed by coffee intake, and therefore concluded that there are some very useful protective factors within coffee. Overall, the properties of coffee are a bit less acidic than some of the sugared drinks and others that do quite a bit more harm to the teeth. 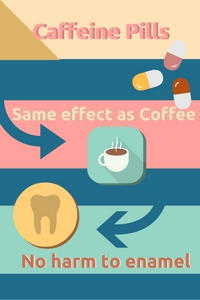 The issue of caffeine is one of those that absolutely has a great effect on your dental health. One measure you can take after keeping all of this information in mind is that you can buy caffeine in pill form, even though we know how good coffees and sodas taste. By ingesting it like this, you just get a straight dose, with no harm done to your enamel.

Snacks like Jolly Ranchers and hard candies can be some of the worst things for your teeth, as well as candy bars with chocolate and caramel. But drinking caffeinated beverages can cause you to see a real deterioration in your enamel and other important defenses in your mouth, and they are one of the treats in life that you really have to keep a close eye on.