Also known as dental caries, a cavity is an actual hole that can grow bigger and deeper over time. Plaque is the main culprit as the source of cavities: when bacteria in your mouth makes acids and plaque clings to your teeth, the acids eat away at the tooth’s enamel, causing the hole.

Cavities can be a variety of different colors, from yellow to black, and can lead to very serious tooth loss, and abscessed teeth. Simple sugars in many various foods are the energy source of the bacteria, and the predominant reason why so many dentists warn against a very high intake of candies, desserts, and other sugar-laden snacks.

This condition is also associated with poverty, since a lack of funds in a family can drive the source of diet to focus on less healthy foods. When gums begin to recede, the patient will also deal with dangerous exposure of the teeth’s roots, and if there are a large amount of teeth affected, there is no proven method to grow them back.

Sometimes a patient with cavities may not be aware of their presence: the earliest sign can be a chalky white spot on the surface of the tooth, which indicates the enamel beginning to wear down. A lesion that has a shiny appearance and is darker or brown usually means that cavities were once present, but the wearing down of enamel has stopped, leaving behind a stain. 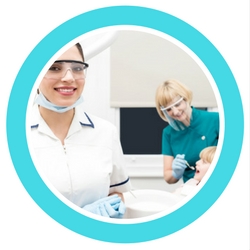 If the decay is still happening, the color has a duller appearance when spotted on the tooth.

As the enamel enters into progressive states where it has been worn down, the cavity becomes easier to spot. The areas of the tooth that are affected will become soft to the touch, and the bacteria-tainted areas of the tooth change color. When a tooth has been weakened by excessive decay, it can fracture just by normal exertion of chewing.

Since cavities can cause very foul breath and tastes within the mouth, many patients are confused as to whether or not they have a cavity, or perhaps an early form of gingivitis or periodontal disease. If a tooth is fractured, not even x-rays always show it, and many times extraction is the best way to deal with the pain and decay.

How often teeth are exposed to acidic substances affects the likelihood of cavity development, and after meals or snacks, the by-product that decreases ph is formed with too much sugar. During every single exposure to an acidic environment, portions of the mineral content at the surface of the teeth dissolve, and remain in this state for up to two hours.

In some cases where the patient’s oral hygiene is incredibly poor, cavities can be formed within just months of initial enamel wear. This may happen when young children are continuously drinking very sugary drinks, and greatly overdoing it with substances such as soda and high-sugar cereals.

When it comes to the diagnosis of cavities, saliva flow that is down is associated with them: medical conditions that affect the salivary glands in a negative way can lead to dry mouth, which eventually may lead to severe tooth decay. Some of these conditions are Sjogren’s syndrome, diabetes, and sarcoidosis.

Even though marijuana use has become medically accepted and even fully legalized in some states, smoking it can actually lead to this problem as well. The temporary condition known as “cotton mouth” that you get from smoking drastically reduces saliva, and so edibles are known as a better alternative to combat cavities.

Those who have had radiation therapy of the head and neck may be exposed to damage of salivary gland cells, which can increase the potential for cavities. As with nearly every single dental condition, the use of tobacco greatly increases risks in all varied degrees of unhealthiness. Surprisingly, some brands of smokeless tobacco contain very high sugar content, that heightens the likelihood of cavities.

Sometimes x-rays can judge the extent of decay that has occurred on the enamel, and within the last few decades, the use of lasers that can detect caries can do so without a high level of radiation. One of the primary diagnosis means is to use a dental mirror, high-powered light, and explorer to take a good look at the level of deterioration of the teeth.

Radiographs can show evidence of cavities before they are otherwise visible: when they take place in between the teeth, this method is good for scouting problem areas. There are some cavities that are in pits and fissures, that may be among the most difficult to detect. These “hidden caries” will still be visible on x-ray radiographs, but visual examination of the tooth may falsely show that everything on the enamel appears cavity-free.

As many dentists have to preach relentlessly, brushing and flossing daily is one of the best weapons against the development of cavities. This is the #1 way to prevent the forming of plaque, and a water pik is also a great tool along with floss to rid of plaque between teeth. The teeth that are at the highest risk for caries are the permanent first and second molars: their length of time in the oral cavity and more rigid anatomy can breed more plaque than other teeth. 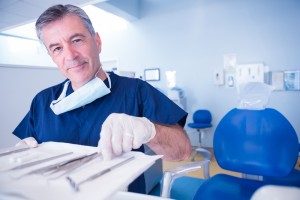 After meals, chewing sources of fiber such as celery forces saliva inside trapped food particles, and can dilute any carbohydrate like sugar, neutralize acid, and keep the surface clean. As far as sugar intake, the frequency level is much more important that the amount of sugar one consumes in a sitting. Snack foods such as candy, cookies, and crackers are the types that tend to stick to teeth longer, and be a literal bath of sorts for acid.

Giving bottles to infants during sleep is another thing that is on the watch list as far as cavities, and mothers are heavily recommended to avoid sharing utensils and cups with their babies to prevent the steady transfer of bacteria from the mother’s mouth to the infant. After snacking on foods that are known to cause problems, milk and cheddar cheese can ease the decay that takes place, as well as simply rinsing the mouth out with water.