Also known as “orofacial cleft”, this occurs when the roof of the mouth droops upwards to an opening in the nose. These defects can prove to be very psychologically taxing, as well as posing problems in eating, speech, and is many times associated with other disorders.

This condition is the result of the face not joining properly during some of the most vital points of development.

This is the truest form of a birth defect, and in many cases, the cause is unknown. There are successful forms of surgery that do work for the condition, and they are done in the first eighteen months of life for cleft palate. 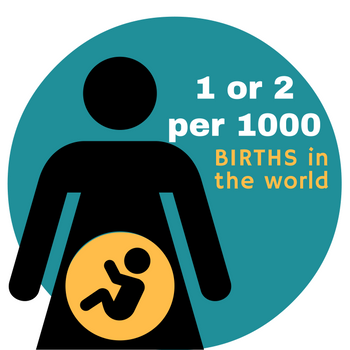 Because of the extreme ways in which this condition changes the shape of the face, many parents are heartbroken when their child is born with one, and the rate at which it occurs is around 1 or 2 per 1000 births in the developed world.

What are some signs and symptoms?

When cleft palate occurs, it is when two plates of the skull that form as the hard palate are formed maturely, without being completely joined.

It can occur as a complete (soft and hard palate, or a noticeable gap in the jaw), or incomplete (a ‘hole’ in the roof of the mouth). When cleft palate takes place, the uvula is most likely split.

The hole in the roof of the mouth usually rises up drastically, and the uvula is usually viewed as cleanly split. If a child who has this conditions has it worked on soon enough, they are usually able to have a happy social life and coming of age period.

This can be a particularly hard condition to weather among females, and as they age, it can pose a high dose of social anxiety.

What are some of the causes of cleft palate? 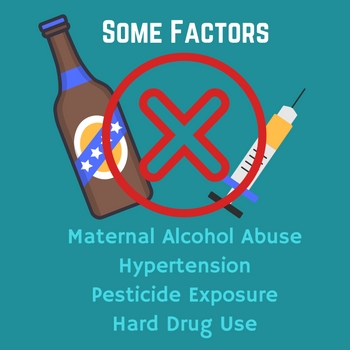 With many issues that are coordinated by facial malformations, the first six to eight weeks of pregnancy are very important. This is when the shape of the embyro’s head is formed, and the very necessary tissue lobes grow.

When these tissues fail to meet up correctly, a gap appears where the tissues should have been joined. It may happen in any single joining site, or during the same time in all joints affected.

There are many environmental factors which may be some of the causes for this condition. Maternal alcohol abuse, some forms of hypertension, and other factors such as pesticide exposure are all factors. Exposure to lead, and other issues such as prolonged hard drug use can be other factors.

What are some complications that this condition provides?

Feeding, ear disease, and socialization are some of the main issues that those affected with cleft palate will have to deal with. Many feel very embarrassed by this condition, and it appears as a very severe defect like many would assume with Down Syndrome, or worse.

When it first affects an infant, they will have more success feeding when they try in an upright feeding position, because gravity itself will prevent milk from coming dangerously through the baby’s nose if they have this condition.

Those that have cleft palate may also face many middle ear infections. If these persist and are serious enough, they may lead to varying degrees of hearing loss.

Within the ear, the Eustachian tubes and external ear canals may be at an angle, which can make food or other contamination in a part of the body that is normally very great at cleaning and healing itself.

When a baby who is born with cleft palate cannot hear well, they will find great difficulty in the very important task of trying to speak. Babies that have palatal clefts may have drastically compromised hearing, and when this occurs, it makes it much more difficult to mimic speech.

What are some of the most effective treatments for this condition?

Treatment depends on the type cleft palate the patient has, and how severe it is. Many children that encounter this problem can have teams that will adhere to jaw correction until the youth is 10 or 12 years old, but the most effective surgery takes place within the first 10 weeks of age. One very common procedure is the Millard Procedure, that was first performed at a mobile army surgical hospital MASH unit in Korea.

In order to complete a cleft lip surgery, the surgeon makes their best attempt to line up the scar with its natural lines that are present in the upper lip, and tuck away stitches as far up the nose as possible. The Latham appliance surgically inserted by use of pins during early infancy months in the child, and a screw is turned every day to slowly attempt to bring the cleft together.

During some procedures that help greatly with cleft palate, there is a tympanostomy tube inserted into the eardrum to clear the middle ear. The good news is that many of the top pediatric hospitals in the nation are coming around and developing their own clinics in order to provide patients with care from birth on up to the teenage years.

One amazing thing that has transpired over the past few decades is that many skilled surgeons are giving their time up to help cure this problem all over the globe.

From the Philippines to Indonesia and many other locations across the globe, there are surgeons donating their time to help those born with this condition. Just a little bit of skilled help and assistance goes quite a long way, and these very charitable individuals are definitely making a difference worldwide.